This book was so much fun, I couldn’t put it down. Felix is the typical carefree art student  who has an infatuation with his art tutor, Saul. Ugh, Saul, even the name gives me the creeps. In an attempt to impress the guy, Felix has decided to abandon the art that he loves and delve into the world of conceptual art. And… poo?

“Let me get this straight; you want me to spend hours making you a suit that you’re then going to ruin by rolling around in pretend poo, and you’re offering me what exactly in return?”

Enter Andrew, the hardworking fashion student focusing on his studies while holding out for Mr. Right. He’s focused, charming, absofreakinglutely gorgeous, and exactly the opposite of who Felix expected to find when he went in search of the young student. Did I mention that he was a fashion student? 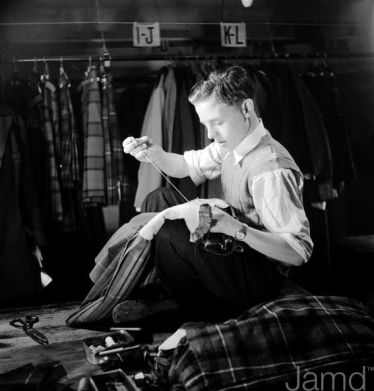 I instantly fell in love with Andrew as a character. He always had something uplifting to say to Felix and he never once judged him for his campus reputation. He was a bit naive and a lot inexperienced, but I don’t think he could’ve been more eager.

“Anything in particular you want?” Felix asked as they turned the corner onto Walcot Street. He took his last swig of Fanta, waiting for Andrew’s reply. “Umm, I don’t really know. Whatever’s going to be easiest, I suppose. Doggy style?” Orange fizz exploded out of Felix’s nose, making him cough and his eyes water. “I meant to eat!”

Felix might be Mr. Wrong in so many ways, but he’d jostled his way into Andrew’s heart and sent that imaginary Mr. Right packing.

I finished this book within a few hours of opening it on my kindle. Down to the very last page I was smiling. This was a fantastic read and I can’t wait to start the next book.

Disclaimer: This book was provided by the author in exchange for an honest review. All thoughts and opinions expressed herein are my own and not influenced by the author or the publisher in any way.