Wow, this one was steamy. I mean, I expected the fluff (it’s a novel about rescue and dogs) but the extremeley descriptive sexy times, not so much. I had a lot of highlights for this book, which usually means it was really good and cute and poetic, or it was really, painfully bad. This has to be the cutest, fluffiest book I’ve read in a long time. 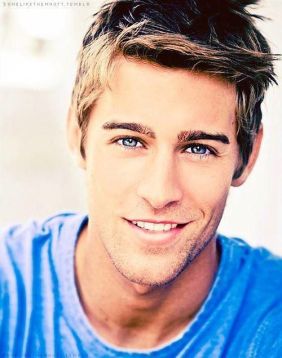 Ryder was this passionate, caring person who just wanted to rescue dogs and share his life with someone he loved. His history in choosing the wrong people to fill that role left him hurt and feeling empty.

Despite all of his trouble with men, he never had much trouble in the dog department. Ryder loved working at the rescue! He had the opportunity to save lives and bring families together every single day, and that kept him going despite feeling like something was missing from his life.

I love these dogs. They’re so misunderstood, and society would rather throw them away than take care of them. I can relate. 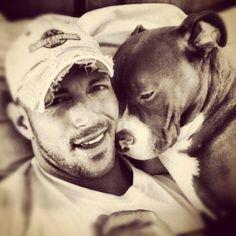 Jason was the disgruntled construction worker who, despite his initial reaction to Ryder, had convinced himself that he couldn’t be gay, because he wasn’t that guy. After seeing a cute pitt bull puppy bring rescued from a construction site he was working at, he ended up giving the rescue a call to adopt the puppy. 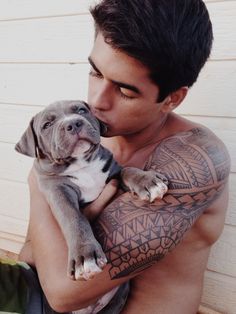 Ryder, being in charge of making sure the owner and dog are a good fit, and at the invitation of Jason, started spending time with him and his crew at a sports bar. Jason and Ryder got close… fast.

The romance between these two MC’s was something like out of a fantasy!

This guy has made my brother happier than I’ve ever seen him. It’s like every fucking day is Christmas morning when you see them together.

There was so much chemistry that it was almost difficult to read. I just wanted them both to stop being stupid and admit that they had something going on between them. But, Ryder wanted to keep his distance, for a good reason, and Jason seemed too afraid to say anything to spook Ryder, or to screw up their friendship.

I absolutely loved the relationship that these two had, and once they stopped being stubborn, it just got even better.

His heart twisted, and right then Ryder knew, despite all the walls he’d put up to protect himself, the ship had sailed. He was a goner for this man.

And the sex was so steamy, oh man. Not what I expected from a book about rescue AT ALL. This was a phenomenal book. Definitely recommended. Please just save yourself some time, pick up a copy, and read it.

Disclaimer: This book was provided by the author in exchange for an honest review. All thoughts and opinions expressed herein are my own and not influenced by the author or the publisher in any way.